Valentine’s day is near, and while it’s not a heavily celebrated holiday here, I did want to make a few envelopes that resembled the day.

Most of them were quite simple. This one below I did little hearts all over a brown envelope, but I wanted a bit more color. I’ve been really liking the look of torn edges (well, it depends what it’s on. XD) so I tore a bit of pink scrapbook paper and used double-sided tape to apply it to the middle. I ripped a few pieces of washi tape and added it in various areas of the ripped paper, for a bit more color. I addressed it on the scrapbook paper, too.

I’ve been doing this in different colors and shapes, too, it’s really cute and fun! 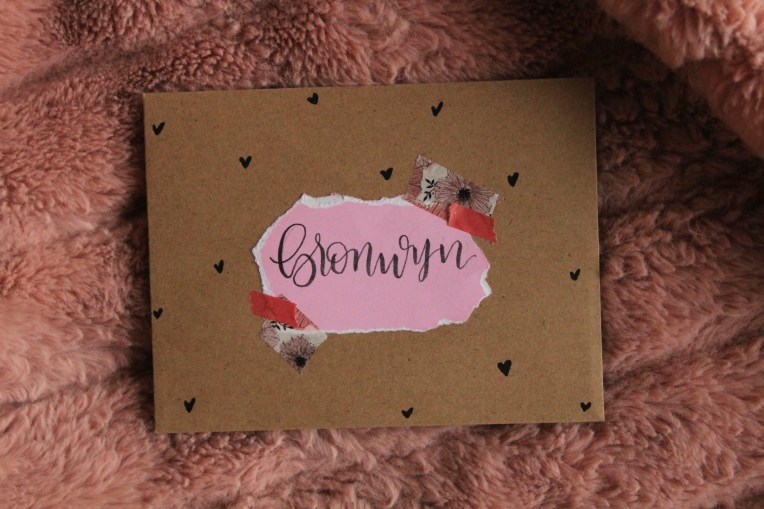 I did a similar thing for this envelope. I took a lot of peach/pink colors and went a teensy bit crazy with hearts (heh), and since it was a cream envelope, I tore a piece of sketchbook paper (white) and used double-sided tape to apply. I added some black washi tape for a bit of contrast and also some gold stickers. 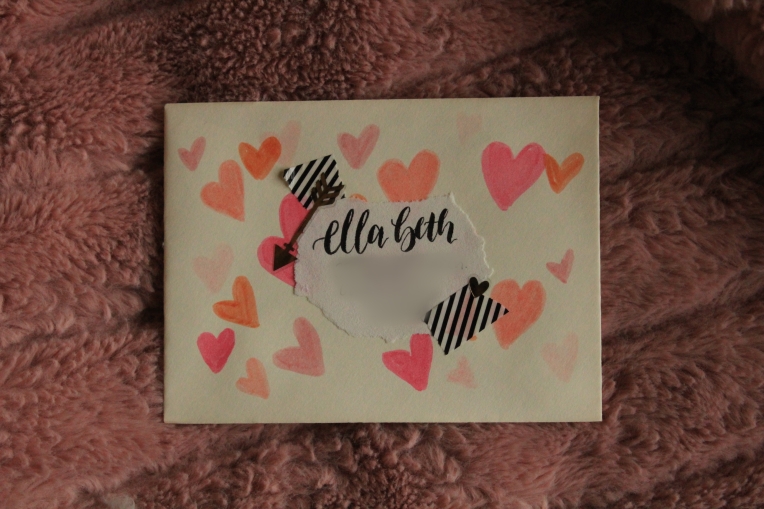 I wanted a bit more of a simple approach, so I just used big letters in silver and then used a lot of different heart stickers I had. I think this turned out cute and I like that some of them are the puffy stickers and you can feel the different shapes.

This next envelope is mainly lettering, with the addition of some hanging hearts. My favorite part of this is how easy it was. I just continued some of the lines on her name into hearts. I also put the address in between her first and last name, for fun.

This one I started out with her name and did a bit of a gradient and a drop shadow. I needed to add something to the left so that it would even out everything, so that’s why there’s one massive red heart over there. (:

I thought it would be fun to do “confetti” hearts around the name. What do you think?

Heh, I also used a clear glitter Gelly Roll pen to add shimemr to the big heart.. because… because…

This was a throwback to last year’s Valentine’s day post, (go check it out!) though, instead of a 3D paper look I used some red felt/foam paper to do the heart balloon. I also added some clouds.

I went with a more elegant lettering style; I quite like the outcome! 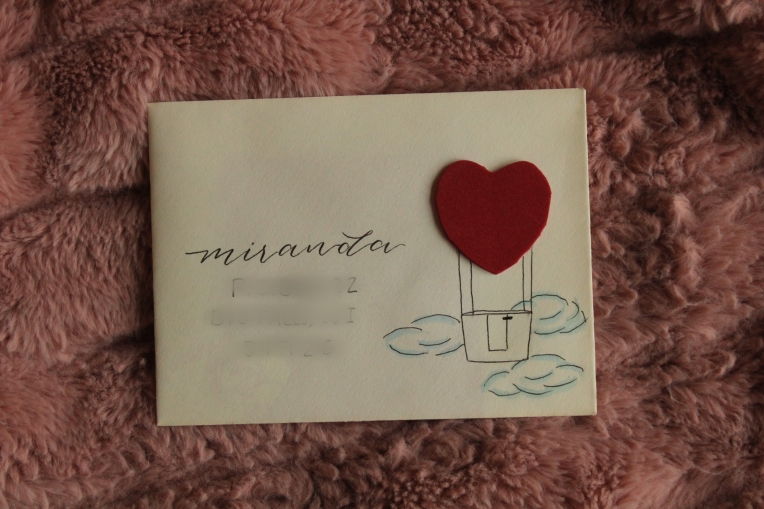 I went very simple with this one, a heart shaped balloon and brush lettering. I like how simple and cute it became.

I made another “hanging heart” illustration. I made a wreath shape and just went around and around with a black pen and then threw in some hearts. This turned out one of my favorites. (:

On the back of one of the envelopes I did some more hanging hearts from the seal of the letter down. Simple, but fun!

I thought crystals might be fun, not necessarily Valentine’s themed, but pink and purple(: 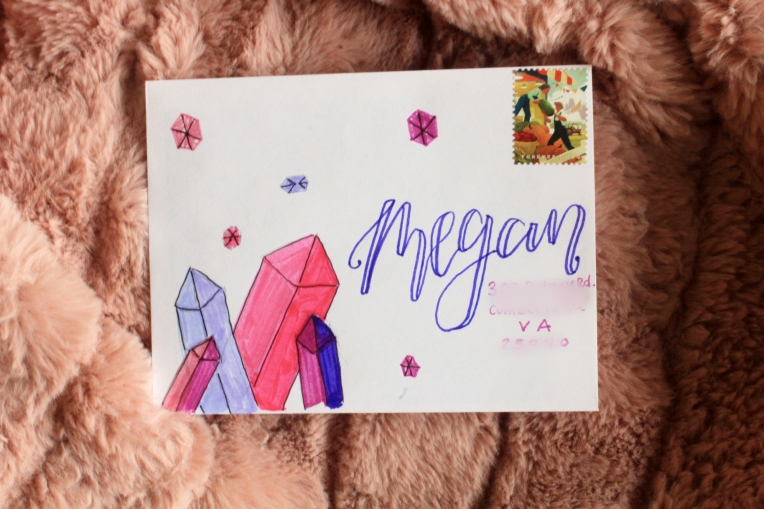 ALAS! HURRAH! The snow came to GA for a day and a half, so here are a few pictures from that. It snowed four days ago and was gone the next day. Guess what? it’s 64º right now. *flabbergasted* 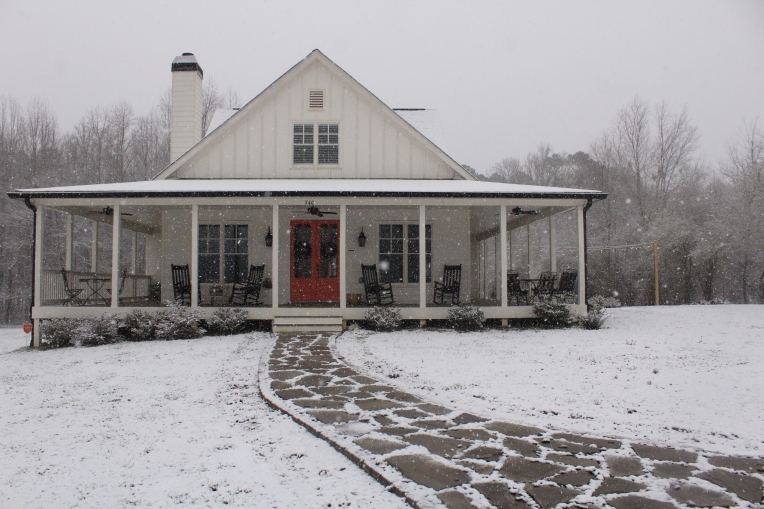 Thank you all so much for reading! Let me know your thoughts! What was your favorite?

Which envelope was your favorite? Did you get any snow? Do you do anything on Valentine’s?

19 thoughts on “My Envelopes Have… Hearts On Them? // Valentine’s Envelope Art”

Hello! My Name is Audrey Kate, but most people eventually call me AK. Or Junebug, (well, that’s mainly a name from my Mom😄) hence the name of my little blog here.
I am a teenager with a love for Christ.
And chocolate.
And my fluffy puppy. (😀)

Design Copyright of Barefoot Gal Blog Design. Do not copy the exact look of this blog.